What are we learning?See all articles
5 min read - By Alex Rapson 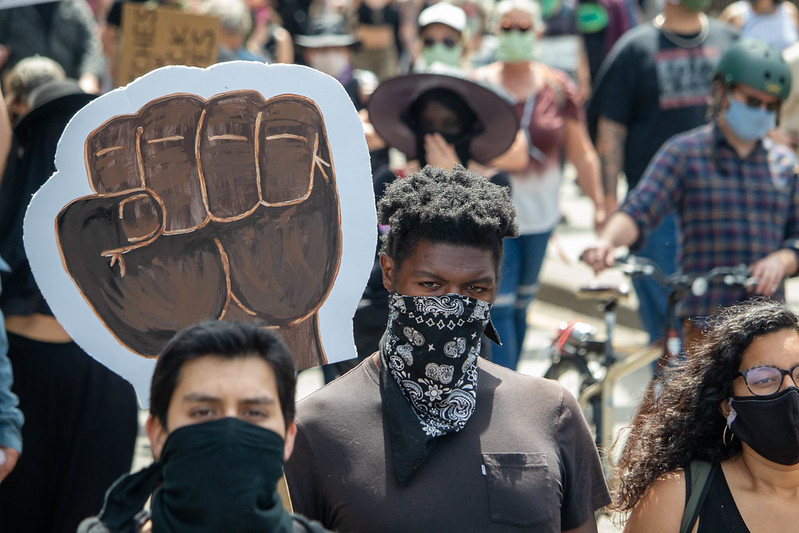 George Floyd – or Big Floyd to friends – was a father, an athlete, a rapper, a roommate, and a Christian. His last words were, “I can’t breathe.”

On May 25, in the middle of the surging coronavirus pandemic, Floyd was arrested outside of his local grocery store in Minneapolis. Despite protestations from Floyd and the crowd gathered around him, Officer Derek Chauvin knelt on Floyd’s neck for eight minutes and 46 seconds. George Floyd called out more than 20 times that he couldn’t breathe, but the officer would not remove his knee. By robbing him of air, Chauvin killed George Floyd while three other officers looked on.

While the brutality that George Floyd faced is not new for Black folks in America, the seismic, global response to his death at the hands of police has sparked a revolution – both online and in the streets.

Fifteen-year-old Kellen was horrified by the video of Floyd’s death. She started a petition on Change.org to get justice for George. The response was unlike anything we’ve seen before on the platform. In a matter of days, millions of people from around the world had added their names to Kellen’s petition.

Meanwhile, people across the globe took to the streets to demand justice. Protests began in Minneapolis and other U.S. cities the day after Floyd’s death. Protesters marched and chanted through the streets. Some held vigils, meditations for Black lives, or spent 8 minutes and 46 seconds in silence to honor Floyd.

The pressure on decision-makers from all directions worked.

On June 3, all four officers present when George Floyd died in custody were charged. Derek Chauvin, the ex-officer who knelt on Floyd’s neck, will face a second-degree murder charge. The other three officers will face charges of aiding and abetting murder.

But petition starter Kellen and the millions who signed her campaign won’t be satisfied until all four are convicted. The millions of protesters who’ve rallied in the streets aren’t stopping, either. They continue to march for solutions that will outlive a single moment of outrage. The message is clear: we can’t go on this way, and we won’t.

With 19 million signatures, Kellen’s petition calling for justice for George Floyd is the biggest online petition ever, with signatures from every UN-recognized country. And the online action for justice mirrors the action in the streets. Since Floyd’s death, protests have taken place in more than 60 countries, from Japan to France to South Africa.

This massive surge of energy in the fight for racial justice has brought dozens more police brutality cases into the spotlight: nearly 10 million people have joined a campaign to get justice for Breonna Taylor, a young Black woman killed by police in her own home. Other petitions sought justice for Ahmaud Arbery, Elijah McClain, David McAtee, and Tony McDade – victims of racial violence whose names have graced protest signs across the country.

Online action is also directly supporting the movement happening in the streets. After police used rubber bullets on peaceful protesters, resulting in horrifying injuries, Viangelly launched a petition to ban them.

Protestors have staged sit-ins to demand that their cities defund the police, and local petitions are demonstrating the scale of community support.

Millions are taking a stand – online and in their neighborhoods – to root out injustice everywhere they see it.

George Floyd’s senseless murder in the middle of this pandemic resulted in a tipping point. With millions out of work, stuck at home, and desperate for help from their government, the massive cracks in our society were more apparent than ever. COVID-19 is disproportionately affecting our communities of color – more of them are out of work, and more of them are suffering from the virus. Black Americans are dying of COVID-19 at three times the rate of white people.

This revolution isn’t just about police brutality and the legal system – it’s about health care, the economy, our education system, and our understanding of justice. In an already dark moment, the pain and frustration that followed George Floyd’s murder could not be contained. The result is a historical reckoning, with masses of people finding new ways to take action – online, in the streets, and on the very doorsteps of those in power. 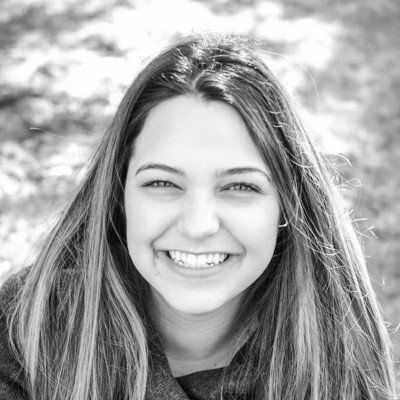